Dragonflies are the insects belonging to the order Odonata and are very frequently found in the gardens and the children are also seen running after them in order to catch them. They are characterized by the presence of large multifaceted eyes, two pairs of strong, transparent wings and elongated bodies. Dragonflies resemble damselflies but the adults can be differentiated by the position of wings. Adults keep their wings in a perpendicular direction when at rest. They have six legs but majority of the species are not able to walk properly. They are very valuable predators of mosquitoes, flies, bees, insects and very rarely butterflies. They are frequently observed hovering around the ponds, streams and wetlands because their larval stage known as naiads are aquatic. They have got their name from a Greek word meaning unequal wings as their hind wings are broader than the fore wings.

The female dragonflies are known to lay eggs in or near water. They also lay their eggs on the floating plants. Some species submerge themselves in water in order to lay eggs at protective places. Eggs hatch into naiads. Most of the life span of the dragonfly is spent in the larval stage preying upon the invertebrates like the mosquitoes as well as vertebrates like the tadpoles of frog as well as fingerlings of the fishes. Respiration is carried out with the help of gills present in the rectum. They easily propel themselves by expelling water out of their body through the anus. Some naiads are also capable of hunting on land. The larval stage may persist for at least five years. In smaller species the larval stage may exceed from two months to three years. When the naiad is ready to metamorphose into adult it attaches itself to a any aquatic plant. The naiad now breathes air directly. The skin starts splitting from the weak point behind the head and the insect crawls out of its old skin. It then pumps its wings and takes flight in order to feed on midges and flies. While flying dragonflies are known to propel themselves in six directions like upward, downward, forward, back and side to side. The average lifespan of adult dragonflies of larger species is around 5 or 6 months.

Dragonflies and damselflies are confused very much as some believe that the damselflies are small dragonflies which grow later on to the bigger size but this is not true as after metamorphosis the dragonflies are fully grown. There are differences between the two insects. Damselflies hold their wings while at rest but the dragonflies keep their wings in a perpendicular direction while at rest. Hind wing of dragonfly is somewhat broader than the fore wing while in the damselflies both fore and hind wings are similar in shape and size. The eyes in damselflies are apart while in dragonflies the eyes ouch each other. They bear special place in different cultures. In the North American tribes jewelries and necklaces are decorated with the symbol of dragonflies. They are also a part of medicine in Japan and China. The adults as well as the larvae form a very popular delicacy in Indonesia. They are the symbols of strength, happiness and courage in Japan.

They are also very important predators of mosquitoes as well as other harmful insects which harm humans. 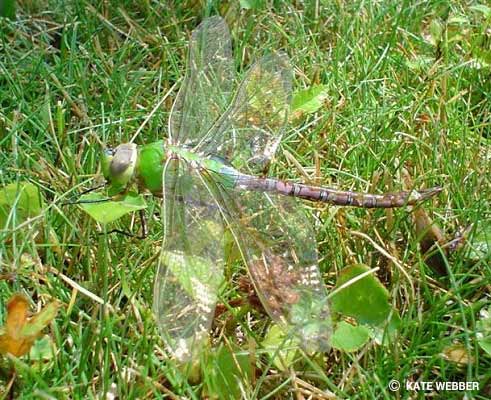